Disclaimer:  I had read some light analysis (not just at that link, but many others) on this which influenced my thoughts on the film, but I'm too lazy to go back and find the same articles.  I've heard Rob Ager is a great film analyst and will be reviewing Lost Highway in the near future; look for that here.I'm no film buff, and I'll be the first to admit I don't have enough patience or analytical skill to dig into abstract film and come away with anything meaningful.  But for those who care to be mystified rather than simply entertained, David Lynch's Lost Highway is a fantastic film with great acting performances. 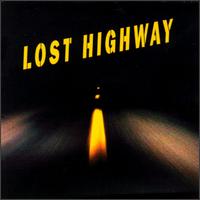 The first thing I'll say about this film is that Robert Blake probably has the best acting performance out of anyone, even Bill Pullman & Patricia Arquette, who are easily tied for second here.  His Mystery Man is one of Blake's - and Lynch's - finest creations, and given the interviews I've read from Blake himself, he was given a little bit of leeway (rare for a Lynch film), and decided that an understated approach to this character worked best.  And worked, it did...very, very well.

Lost Highway doesn't follow a linear narrative or story, so it's a difficult view.  But once viewed, most can't help but be curious about the film.  What does it mean?  Did Fred actually kill his wife?  What is happening when Fred transforms into Pete and then back into Fred again? And for Christ's sake, why is Robert Blake dolled up like a vampire?

These are fair questions, but when looking at the film from another angle, it starts to make a bit of sense.  There's a scene in which Fred is shown as impotent.  His wife, Renee, speaks in an innocent-sounding tone but is very vague with him about certain things, and she seems disconnected and almost bored in their marriage, while having the time of her life at a party with another man.  When Fred's jealousy appears to boil over, the next thing you know he's in prison for murdering his wife.  Hmmm...so did he do it, or did he fantasize about doing it?

Just when you think these questions might be answered, out of nowhere Fred turns into a younger person.  Yes, TURNS INTO - in Fred's place, in the prison cell, is a young man by the name of Pete.  It becomes clear that this can't really be a younger version of Fred; my thinking is that it's Fred idealizing about how he would like to be and how he'd like his consciousness to be able to view himself - innocent, manipulated into doing things, talented (he's a very talented mechanic for very rich & powerful people, it would appear - and this is how he meets Alice (more on her momentarily) - but Fred's own wife Renee did not go to the only show that he plays in the movie - Fred is a talented Jazz saxophonist).

Then there's Patricia Arquette's wonderful portrayal of Alice (and Renee).  It's the same actress for both parts, so Lynch's message is clear:  this is another representation of Renee.  When we see Pete, he's confused; he gets out of prison as no one can figure out what the hell happened to Fred, and he meets the gangster-pimped & quite striking Alice.  Alice quickly gets her claws into Pete, manipulating him to do things - "let's run away by killing my pimp and stealing his money.  I'll f**k you, really well, for this privilege", is the implication in this part of the story.  Pete seems a bit suspicious but agrees.

Let's stop here for a moment:  Let's say Fred did kill his wife, or even wanted to. I feel the "Pete" part of the story is his mind's way of trying to rationalize his jealousy, whether it was ultimately murderous or not.  Pete's an innocent guy getting laid and hanging out with his buddies, who suddenly encounters a beautiful, mysterious woman who jumps his bones and seduces him into murder and robbery.  This is Fred's mind's way of telling him that what he did was justified - just look at what a whore Alice (oops, Renee?) is! 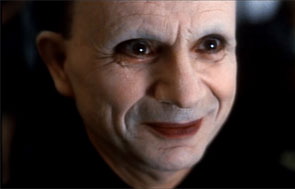 Later, toward the end of the film, we see a couple of key encounters.  Alice says they have to meet a "friend" of hers in the desert before they can escape, and Pete questions her on this friend in much the same way Fred questions Renee about her male friend, Andy.  We're now getting to the point where Pete has also been corrupted by Fred's jealousy, but again, Fred's mind is assigning the blame for this on Alice.

Back to one of the key encounters: Pete is making love to Alice in the desert and keeps telling her he wants her.  She whispers to him:  "You'll never have me" and gets up, nude, and walks toward a cabin.  This is the culmination of the jealousy in Fred's mind:  in his mind, he's done nothing wrong, and only wants to be loved & wanted as his creation Pete is.  But Alice is corrupted, a whore, and as much as he allowed himself to be seduced by her, he'll never be able to have her in the way two innocent lovers would.  Pete's more appropriately aged girlfriend Sheila would have been the better bet for Pete, but if we run with the idea that we're really seeing Fred tell himself a story, that relationship was never going to happen.

When Pete gets up, he's back to being Fred again.  The story has come full circle now:  as much as Pete wanted this woman, she was damaged goods from the beginning, and he can't really ever "have" her.  This, I believe, is Fred's mind finally telling him that Renee - his actual wife - was damaged goods all along, even though he never really knew that to be the case.  Pete does, but Fred never did:  Fred is filling in the blanks himself and making excuses.

When Fred gets up and approaches the cabin, he encounters Robert Blake's Mystery Man character for the second time - Alice has disappeared.  Mystery Man is what I've read & believe to be a manifestation of Fred's jealous rage, so it makes sense that he would be awaiting Fred inside the cabin rather than Alice.  Mystery Man tells him that Alice doesn't exist; that if Renee told him her name was Alice, she was lying (more Renee-bashing here!).

I can't really get too detailed into the ending without watching it again, but the twists & turns this story offers while also giving us an abstract yet rewatchable film makes it an amazing flick.  I don't know why, but the mystery in this film is enticing, and while it leaves you wanting more, it would be a disservice to the piece if it gave you any more hard evidence of what's going on to work with.


Last note: Despite the layers upon layers of analysis we can attribute to this film, there are others who feel there's even more to the story than the character of Fred/Pete.  That this is a more high level narrative, a critique by Lynch of American society.  I certainly have no basis for denying this, and haven't read in full the detailed analyses offered online, but here's one piece that explores this view:
Posted by Frank at 8:47 AM